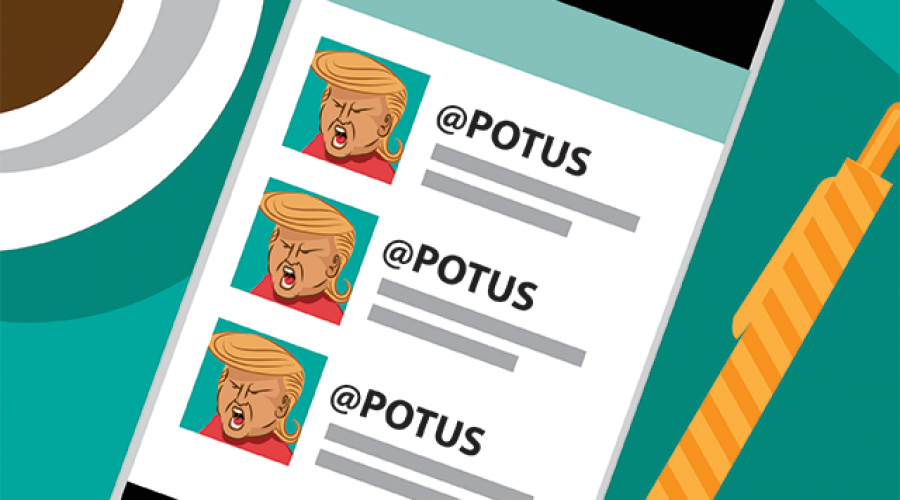 Anyone looking at Twitter around 7pm on October 19th, may have been surprised to see ExxonMobil’s official Twitter account declare: “We are aware of the President’s statement regarding a hypothetical call with our CEO…and just so we’re all clear, it never happened.” However, if you’ve been following the day-in day-out machinations of Donald Trump’s America, it seemed inevitable.

“I call the head of Exxon. I don’t know, you know, ‘How are you doing? How’s energy coming? When are you doing the exploration? Oh, you need a couple of permits?’ I say, ‘You know, I’d love for you to send me $25 million for the campaign.’ ‘Absolutely sir, why didn’t you ask? Would you like some more?”

Upon hearing or reading this, your first reaction would correctly be “that conversation never happened, Trump makes stuff all the time.” Even though it was a figment of the president’s imagination, ExxonMobil felt the need to respond. Why? and what can other organizations learn from that?

An absolutely astounding amount of ink has been spilled trying to guess the possible outcomes of this year’s presidential election and how much of a disaster the Interregnum could be for the country. Yet, in the end there are really only three possibilities:

It is unlikely for Trump to “go gently into that good night” of lame duck-ness. He will seek someone to blame for his loss, he will continue to use Twitter to target people, companies and whole countries, he will try to ruin any chance of a peaceful transition of power by causing chaos and confusion. Finally, he will desperately work to set himself up for both relevancy and riches in his post-presidential years. We also know he will continue to play jump rope with the truth. If Trump’s sarcastic story during a campaign event spooked the communications team at ExxonMobil enough to respond by Tweet, to what will corporates have to respond to with an unbounded Trump?

It’s easy to understand why ExxonMobil took the unusual step of responding in the way the company did. First, it needed to make abundantly clear that they had not participated in an illegal act. Broken any laws. Second, the company already under tremendous public and legal scrutiny needed to “clear its name” and distance itself from (a) an elected official they may view as on his way out and (b) old-school energy politics as it may be looking to catch up with the rest of industry in the face of climate change and changing energy demands. It’s no secret that when the President of the United States speaks, markets move. Trump’s use of Twitter has changed that game profoundly. Over the last few years, people have been trading on price fluctuations brought on by Trump’s tweets. He has the power to push stocks  – like with Regeneron after his hospital stay (up) or Lockheed Martin after disproving the cost of the F-35 program (down). And the power to move entire markets, even after hours. Take a look at this March 23, 2020 tweet directing Republicans to reject any COVID relief the Democrats are pushing for, and the accompanying move in the market at the exact same minute.

Let’s imagine an angry, bitter, disappointed, nothing-left-to-lose lame duck Donald Trump is holed up at Mar-a-Lago furiously Tweeting and calling press conferences. What does a company (or individual) do if they become the target of his ire? Don’t believe Trump will do it? (really?) Just take a look at this Tweet from 2017 after Nordstrom removed Ivanka Trump’s eponymous line from their stores.

So what is a company to do? Herein, a few options:

A company can follow the game plan Ford employed in 2015 in which they made it appear Ford was capitulating to Trump’s Twitter demands to cancel an announced Mexican project and invest in Michigan, where in reality the canceled plant’s production was just moved to a different Mexican facility.

Far more companies that have been called out by Trump have just ignored it entirely than bothered to respond. Those companies all seem to be doing just fine. If Trump is indeed a lame duck, there is little he can do after January 20th to damage a company. Throughout his time in office, corporations have routinely distanced themselves from the polarizing Trump. That exodus will only pick up steam if he’s destined to be an ex-president sooner rather than in four more years.

Sound advice for generations has been to “not get into a fight, but if you do, be sure you’re the one that ends it.” ExxonMobil demonstrated this tactic in their Twitter response to the president.

It is incumbent on communications teams to be prepared for the possibility of getting “dinged” by a lame duck President Trump. Choosing to respond at all or how to respond will need to be a quick decision made at the highest levels of the company. How it plays out could have dire consequences on share price or corporate reputation. Our advice? Think “twice+once” before pressing send on that Tweet. Like most things ­- not involving death – in the Trump era, it’ll be forgotten by the next meal.