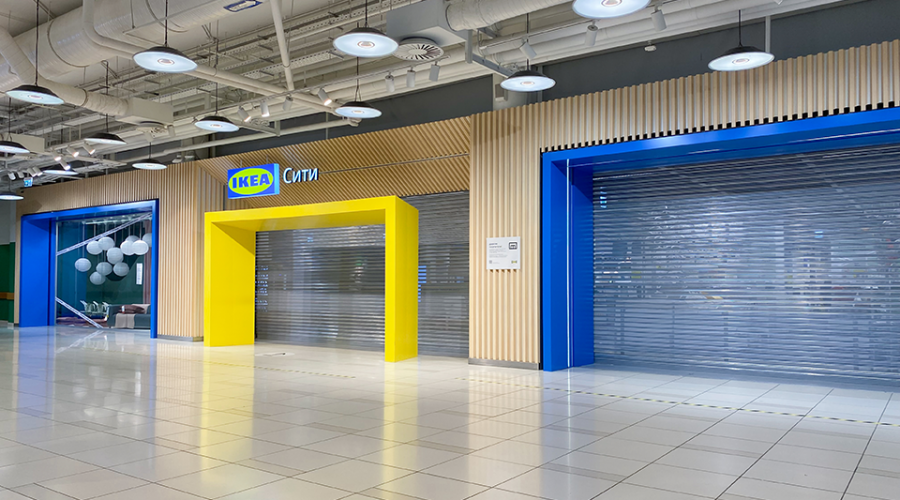 In response to Russia’s invasion of Ukraine, many nations have come together in an unprecedented way to impose harsh financial and trading sanctions in a bid to cripple Russia’s economy. Along with the hope the economic pain will bring a swift end to an unnecessary war, there is a moral feeling of standing against the wrongdoings of Russia, which has led to an increasing number of businesses withdrawing or restricting operations in Russia. The operations are stopping, both in count and severity, as the Russians now must face the social impact of these cuts in business ties.

Many businesses are going over and above what the letter-of-the-law of the sanctions require. The reasons given by brands for ceasing or pausing operations in Russia are many. There is a complex set of factors at play, from taking a moral, political, and human position to support Ukraine to more practical, business-driven considerations, such as logistical, supply chain and manufacturing difficulties, financial constraints, rising costs, and trading conditions.

Another overarching – if less discussed – aspect is reputation management: the reputational risk of continuing business as usual in a country that is a war aggressor is considerable.

“Despite the cost of abandoning major investments and the loss of business, there is a strong reputational incentive to withdraw. Companies that fail to withdraw face a wave of public resentment far greater than what they face on climate change, voting rights, gun safety, immigration reform, or border security. A new Morning Consult survey reveals that over 75% of Americans demand corporations cut business ties with Russia after the invasion of Ukraine. These results show rare and equal support across parties and among independents.”

Here are some of the many brands (far from an exhaustive list) that are taking action:

Unilever, which owns brands like Dove and Sunsilk, suspended imports and exports.

Ikea did the same, but it will continue to operate its Mega shopping centers to ensure Russian customers have access to essentials.

H&M paused sales in its more than 150 stores in Russia, as did Nike with more than 100 stores.

Adidas has suspended sales in Russia, cutting 1 percent from its expected revenue growth for 2022.

McDonald’s said it was temporarily closing its nearly 850 locations in Russia and halting operations there.

Starbucks said it was closing all of its locations in Russia, where they are owned and operated by the Kuwaiti conglomerate Alshaya Group.

PepsiCo said it would stop selling soda in Russia but would continue to produce dairy and baby food products there, calling it a “humanitarian” effort.

Ferrari on March 8 said it would suspend the production of vehicles for the Russian market until further notice.

Ford also suspended operations in Russia and said it would donate money for Ukrainian refugees. The company’s business in Russia is quite limited, with Ford having a minority stake in a joint venture with PJSC Sollers, which focuses on commercial van manufacturing.

Mercedes-Benz suspended exports of cars and vans to Russia and ceased its manufacturing there late on March 2.

Renault, one of the most prominent players in Russia’s auto market, temporarily idled operations at its Moscow plant in early March due to supply and logistical issues. It’s among companies with more entrenched Russian operations that might find it harder to navigate the crisis.

Toyota is halting production at its St. Petersburg plant that makes RAV4 and Camry models starting March 4 because of supply-chain disruptions, saying it was watching events with great concern for the safety of the people of Ukraine.

Volkswagen, whose auto brands include Audi, Ducati, Skoda, and Porsche, on March 3, said it would stop production at two factories in Russia and halt exports to the country immediately.

Google suspended advertising, including on its search and YouTube products.

Uber said it was trying to “accelerate” its divestment from the Russian internet company Yandex, which operates a ride-hailing service.

Sony, which makes the PlayStation video game console, said it had “suspended all software and hardware shipments” to Russia and the operation of the PlayStation Store in the country.

Netflix suspended its service and halted future projects in the country.

The Walt Disney Company, Sony, and Warner Bros. paused the release of movies.

Goldman Sachs is the first US bank to exit Russia.

Citigroup, which has about 3,000 employees in Russia, said it would “assess our operations in the country.”

The Big Four accounting firms — Deloitte, EY, KPMG, and PwC — are pulling out of the country.

The consulting firm Bain said it would not work with any Russian business or the Russian government at any level — central, state, or departmental. McKinsey & Company said it would not take on any new work in Russia and stop work for state-owned entities and any government entity in Russia. Boston Consulting Group will not take on any new clients in Russia and has “started to wind down work where possible, it said.

Shell will exit its joint ventures with Gazprom, the Russian natural gas giant.

Exxon Mobil will end its involvement in a large oil and natural gas project.

UPS, FedEx, and DHL have suspended shipments to and operations within Russia and Belarus.

Airbus and Boeing have suspended the supply of parts, maintenance, and technical support services to Russian airlines. Boeing also said it had stopped buying titanium from Russia, a vital metal source for the aerospace industry.

Amadeus and Sabre, which provide ticket sales technology to airlines, cut ties with Aeroflot, the national flag carrier and the largest airline in Russia.

Hyatt and Hilton, the hotel chains, suspended development work in the country, and Hilton closed its corporate office in Moscow.

As communications leaders know all too well, in a world where emotions increasingly trump facts and nuance is dead, sentiment towards even much-loved global brands can shift quickly.

Purposeful Communications helps companies of all sizes to modernize their approach to strategic communication, reputation management, and marketing initiatives. We ensure that companies, from start-ups to global publicly traded companies, control their narrative and reputation. If you would like help controlling your company’s narrative, please visit our website for more information.