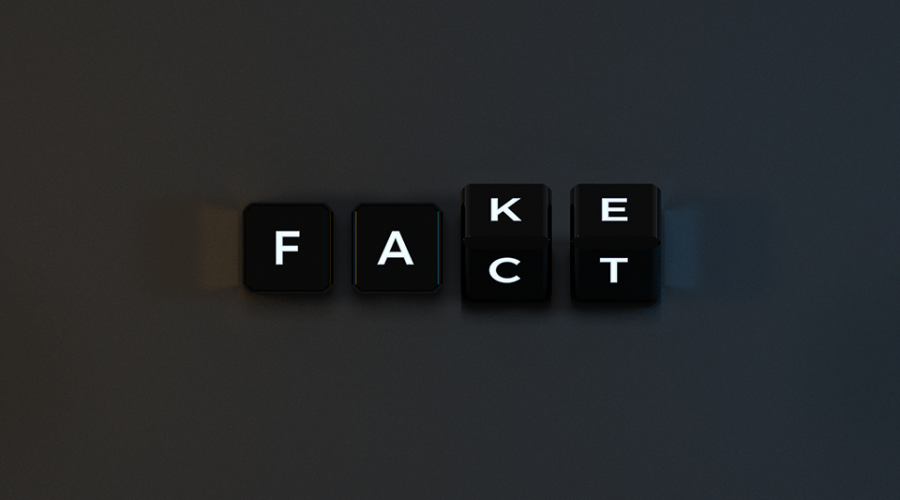 “Fake News,” a term popularized by former President Donald Trump, is nothing new. Distorted news material has circulated the media for centuries. Why? Because sensationalism, controversy, and divergent thinking sell. However, the age of social media kickstarted a ubiquitous problem. Misinformation and disinformation are rampant on the internet, and malleable Americans are consuming fallacies. A Pew Research study found that about 64 percent of adults say fabricated news causes confusion regarding basic facts, and 23 percent of adults have shared a fake news story. Sharing mis- and disinformation via social media widens the reach of users causing greater uncertainty. The terms misinformation and disinformation are typically associated with political coverage, most notoriously related to Russia’s interference in the 2016 Presidential election. While this holds true in politics, in the corporate world, small start-ups to large companies need to be mindful of the impact that mis- and disinformation can have on various stakeholders and overall corporate reputation.

In July of 2020, Wayfair Inc., the online home-goods retailer, suffered from false information, possibly instigated by a strategic disinformation campaign. Social media posts were rampant, claiming that Wayfair was selling industrial-grade cabinets to engage in child sexual exploitation and trafficking. Although it has not been proven that the initial rumors were part of a disinformation campaign, the attack on Wayfair demonstrates that hackers, competitors, and other actors can defame a business by just one false claim. Although Wayfair acted quickly to denounce the claims, social media posts continue to gain insights and views regarding the child trafficking rumors.

In 2017, BuzzFeed News investigated the existence of dozens of fake news sites that created disinformation articles about small businesses, including the site Channel23news.com. The fake news outlet published a story claiming that a restaurant in London, Karri Twist, was selling human meat. Unsurprisingly, the article features a large “Share on Facebook” button at the bottom of the page. Due to the fake article, the small business was bombarded with hundreds of phone calls and faced the risk of closure. The disinformation featured on the website produces significant traffic on Facebook. The false news stories posted on Channel23news.com and reposted on Facebook have generated more than 13 million instances of engagement in a twelve-month period.

The term “viral” is omnipresent in today’s age of social media. Within hours, a social media post can reach millions of people and can subconsciously influence the actions of those consuming the content. Hence, the consequential concerns that disinformation campaigns pose to private companies. A study conducted by Moz found that companies risk losing 70 percent of their business if consumers find four or more negative articles on the first page of their Google search, regardless if the information is accurate, false, or strictly opinionated. Trolls, or individuals who instigate conflict and controversy online, can control rhetoric on the internet. It only takes one fake Tweet, Instagram, Facebook, or post on any social media platform to be catastrophic to a company. A 2018 MIT study found that fake news reports are 70 percent more likely to be retweeted than factual information.

The impact can be monumental. At an American Bar Association event titled “The Threat Disinformation and Deepfakes Pose to the Private Sector,” Matthew Ferraro cited a study that found that 88 percent of investors believe that disinformation poses a serious risk to businesses. There are various types of disinformation disseminated on the internet. Ferraro, a former intelligence officer, refers to “foreign flags” as one of the most detrimental to businesses of all sizes. The state-backed groups target American businesses with the hope of spreading false information throughout the internet and skew business to their own country.

Businesses of all sizes need to monitor and control their digital presence to avoid being the victims of disinformation campaigns. Small business owners and franchise owners need to recognize the reality of the internet and social media platforms – no company is too small to be ignored; traditional strategies are no longer effective. News travels fast and largely uncontrolled, whether it is deemed “fake” or not.

Here are essential steps to help companies prepare for an inevitable disinformation campaign:

Purposeful Communications advises companies of all sizes to modernize their approach to strategic communication and marketing initiatives. We ensure that companies, from start-ups to global publicly traded companies, control their narrative and reputation. If you would like help controlling your company’s narrative, please visit our website for more information.