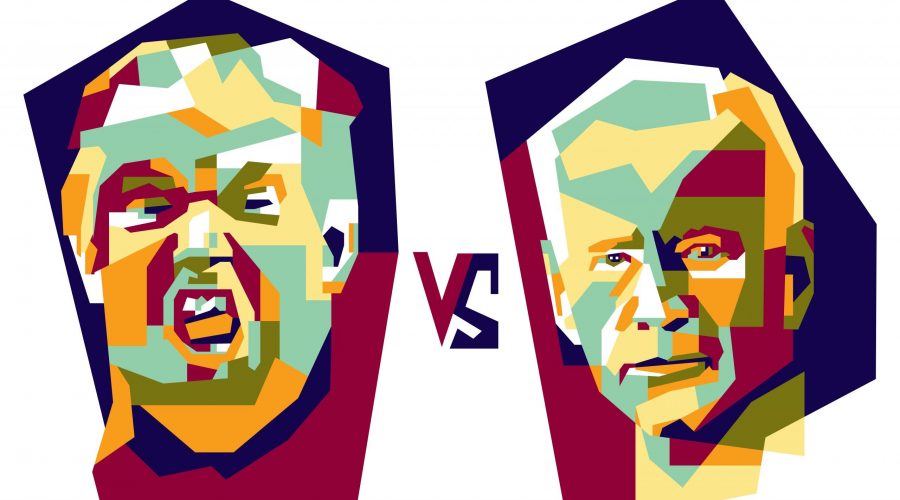 It’s almost too cliché to say “these are the most important moments” in American history, and yet the first 20 minutes of this first debate between President Donald Trump and former Vice President Joe Biden – aside from the horrors of the morning of September 11, 2001 – could really be the most important 20 minutes of this century. Whether you believe a Trump reelection is the end of democracy or if you believe a Biden presidency will lead to lawless streets and a socialist economy, there was a lot riding on the first presidential debate of 2020. Last night’s debate should have been about making a case that gets your supporters to the polls and persuades undecided voters to get off the bench and support you. Anyone who watched the 90 minutes of “debate” last night should be able to recognize that what should have happened, did not take place.

It’s difficult to draw conclusions from what is alternatively being called “the clusterf**k in Cleveland” (unnamed POLITICO reporter) or “a hot mess, inside a dumpster fire, inside a train wreck” (Jake Tapper). While the electoral ramifications of last night may not be known for a while, there are actually some useful takeaways from a communications stand point. Herein, a quick tip sheet:

What works on Twitter rarely – if ever – works in real life.

According to a 2019 PEW Research study, less than a quarter of Americans have a Twitter account and those that do, rarely tweet. In fact, some 80 percent of all Tweets come from only 10 percent of users. Politics plays an outsized role on Twitter and why wouldn’t it – it’s an inexpensive and highly effective for politicians to connect with the most fervent of their supporters. Yet, as we saw last night the aggressive, impatient, lack-of-depth that makes Twitter what it is does not play well on television.

You always need to have something to sell.

Joe Biden had one primary task last night: to demonstrate that he is in no way whatsoever the aged, dementia-addled, performance-enhancing-drug-taker that the Trump campaign has so aggressively been trying to portray him as. Secondarily, he needed to demonstrate that he continues to be the moderate he has been for his entire political career and not the born-again socialist the Trump campaign suggests he is. He made that sale and did so without making any of the gaffes he’s been known to make.

Donald Trump went in with nothing to sell aside from his continued campaign of grievance, blame-shifting and “alternative facts”. He went in with the goal of disruption. Something that worked well for him in the 2016 Republican primaries and to a lesser degree in his debates against Hillary Clinton. It worked then; it did not work last night. He goaded Biden by interrupting, accusing, attacking and overall being “unhinged” as an undecided voter in a focus group said. Trump could have pointed to some of the things he’s been successful at: appointing judges, deregulation, cutting taxes and a few foreign policy wins. Instead, rather than trying to communicate his own success he went on the attack with no plan other than destruction.

Talk to the camera.

Biden’s most successful moments last night came when he ignored the moderator, ignored Trump and spoke directly to the viewers at home. In this day and age of Zoom calls and remote work, there’s a lesson to be learned there – know where your camera is and talk to it, not to the people you see on your screen below. When presenting to a table of colleagues or thousands at a keynote, know when to speak directly to people, and when to speak to the room. Few things are as effective as eye contact.

That Joe Biden succeeded in not losing his temper or walking across the stage to punch Donald Trump says a great deal about his composure. However, there were innumerable times when he just missed hammering home a point. Whether it was drawing clear lines of distinction between himself and the left fringe of the party or not going on a full attack of Trump and his record, Biden missed a few (and there were very few as Trump wasn’t even giving him the opportunity to finish a sentence) chances.

For those of us not on a presidential debate stage, the lesson here is to always take advantage of every opportunity to hammer home your message and bridge back to your key talking points. As Henry Kissinger once told a room full of reporters: “who has questions for my answers?” As the presenter or interviewee, you need to take control and ensure your message gets across the way you want it to.

It was abundantly clear that one candidate had spent the time prepping, rehearsing, practicing and studying. It was just as clear that Trump decided the best approach was to wing it and when that didn’t work to try and destroy it. The most valuable thing in a campaign is the candidates time so taking a candidate off the trail to prep for debate is a tall order. Some campaigns prioritize it, others do just try and wing it. One of the people involved with Bill Clinton’s debate prep in 1992 said that for the town hall debate they taped off a grid on the ground so he could rehearse where he was going to walk during the debate. Phillipe Reines who became Donald Trump as part of Hillary Clinton’s debate prep has written about the lengths to which he went to ensure Secretary Clinton was ready.

There is no such thing as a meeting or presentation or interview that doesn’t need to preparation. Make the time in advance, do the work.

So, who won? Given that polls are suggesting there is a remarkably slim group of voters who are still undecided, it’s nearly impossible to declare either candidate “won” over a new group of voters. The better question to ask is who didn’t lose and without a doubt, last night that was Joe Biden. Brace yourself, America: there’s still two more of these.

Elie is a seasoned corporate communications strategist and public affairs professional. With an emphasis on strategic and crisis communications, message development, media training, and media relations he helps corporations, non-profits, and high-profile individuals tell their stories and successfully overcome some of their most challenging situations.

He has worked for some of the leading public affairs and strategic communications consultancies in the world and is a frequent TV and radio guest and regularly contributes opinion pieces to a variety of publications. His communications career began as a press aide in the post-presidential office of President Bill Clinton, handling the former President’s briefing materials and working with the news media.